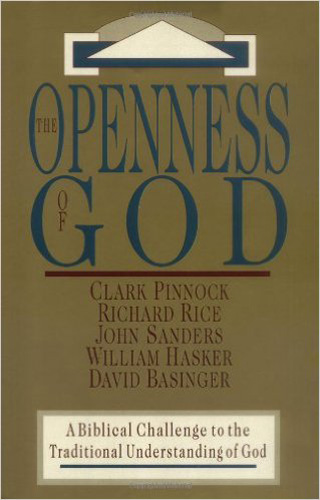 Purchase The Openness of God

Voted one of Christianity Today’s 1995 Books of the Year, The Openness of God presents a careful and full-orbed argument that the God known through Christ desires “responsive relationship” with his creatures. While it rejects process theology, the book asserts that such classical doctrines as God’s immutability, impassibility and foreknowledge demand reconsideration.

The authors insist that our understanding of God will be more consistently biblical and more true to the actual devotional lives of Christians if we profess that “God, in grace, grants humans significant freedom” and enters into relationship with a genuine “give-and-take dynamic.”

The Openness of God is remarkable in its comprehensiveness, drawing from the disciplines of biblical, historical, systematic and philosophical theology. Evangelical and other orthodox Christian philosophers have promoted the “relational” or “personalist” perspective on God in recent decades. This is the first major attempt to bring the discussion into the evangelical theological arena.

God of the Possible: A Biblical Introduction to the Open View of God

What About Those Who Have Never Heard?
Scroll to top